Memorial Day not only kicks off summer, but more importantly honors past and present American Veterans. Bring your family out to one of the several 2021 Memorial Day activities listed below. Go red, white and blue!

Monday May 31 Ceremonies with Parades

Parade and ceremony beginning at 11:00am at Main Street. Parade begins at Holden Recreation (across from WRHS) and proceeds down main street to Veteran’s Memorial (next to Gale Free Library). Memorial Observances at each of the cemeteries along the route. The route has been adjusted a bit for 2021. See a map here. All are welcome.

The Leicester Memorial Day Parade will be starting at 10:30am at the Memorial School. The parade will proceed up Pleasant Street to the Common where ceremonies will be held. All are welcome.

Starting at 9:30am, the Mendon Police Department will be participating in a town-wide parade with the Roger L. Wood Post 355 to commemorate Memorial Day.
The parade will travel through many of Mendon’s neighborhoods and will cover over sixty streets town-wide. This event will feature floats and vehicles from various public safety and non-profit agencies. See the route on their FB page.

The Memorial Day Parade will take place at 9 am. The parade route will start at the American Legion and proceed down Main Street, a left onto Elm Street, a left on to Chestnut, left on to Maple Street back to Main Street and end at Issac L. Prouty Memorial Park. Memorial Day services will be held at 10 am. We welcome all groups and organizations to attend this year’s services.

The Memorial Day Parade will form at the Hillside Cemetery at 10:45, on Clinton Road. It will proceed to Oak Hill Cemetery and then Chocksett Cemetery before gathering at the Common. From there, the parade will contine to the Memorial Park, on Cross St.

All veterans and scouts are invited to participate and residents are encouraged to attend, in order to honor our fallen Veterans.

As in years past, there will be a 10am ceremony in Monument Park. There will be an invocation from Reverend David Cote, a performance from vocalist Sydney Arnold, and remarks by Gardner Mayor Michael Nicholson and State Representative Jonathan Zlotnik as well as by retired Army Lt. Col Gulia Hattan.

Proceedings then move to the newly reopened Pleasant St. Bridge for a ceremony beginning at noon, which will see the bridge renamed in honor of Cpl. Lawrence Lukasevicius, a Gardner resident who died after his transport ship was sunk by enemy action in WWII. Additionally, Polish American Veterans Square, adjacent to the bridge, will be rededicated with a new statue which commemorates the numerous Gardner veterans of Polish descent.

Marlborough officials will hold a service outside City Hall near the Vietnam and Korean War memorials. There will be a speaking program. Following the service, all are welcome to cross Main Street to visit the WWI and other veterans memorials outside the Walker Building.

The annual Paxton Memorial Day Ceremony has returned! This year’s event will take place at Tivnan Field and Bandstand (behind the elementary school).
The ceremony honoring those who have paid the supreme sacrifice in the various wars of our nation, begins at 10 AM and will last approximately an hour.
Please bring your own chairs and adhere to current COVID guidelines (face masks and social distancing).
After the Ceremony, please join the Paxton American Legion Post 306 in paying respect (gun salute) at each of the three cemeteries in town:

American Legion Post 310 announced that they will be visiting the 5 cemeteries and monuments for ceremonies beginning at 8am. All are welcome.

This year you must provide your own transportation and no refreshments will be served. For a full list of locations and details, see here.

The ceremony will take place in front of the Haston Public Library starting at 9:30am. The abbreviated event will include an invocation, Gettysburg Address,  Rifle Salute, Taps, Raising the Colors, Firing Squad, National Anthem and more.

A Memorial Day Service will be held at 11:00 a.m. the the Gazebo at the GAR park, across the street from the Winchendon Senior Center at 52 Murdock Avenue. 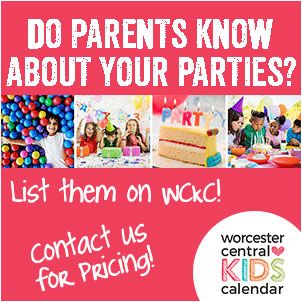